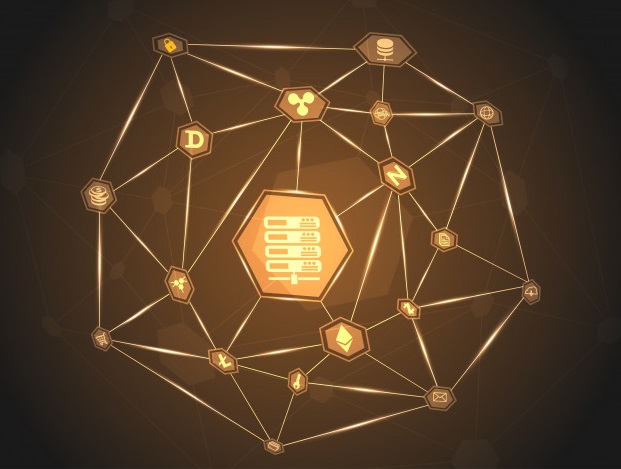 In Block Chain
By Satish

The blockchain is an irrefutably digital resource that is today bringing in a revolution not only for the businesses but also for the beneficiaries. Since its exposure to the world, the concept of Blockchain operational activities is still unclear. So, before we get into how blockchain technology might change the world, the main question rule in mind is – What is Blockchain?

In simplest words, as the name signifies, a blockchain is a chain of blocks holding information. This system was formerly presented in 1991 by a group of researchers and was originally meant to timestamp digital documents so that it’s not possible to backdate them or to tamper with them. A blockchain is a distributed ledger that is entirely open to anyone. They have this interesting property that is once data has been recorded inside a blockchain; it becomes very difficult to make changes in it.

So how does that work?

Well, let’s take a closer look at a block. Each block contains some data, hash of the block and hash of the previous block. The info that is stored inside a block depends on the type of Blockchain.

The Bitcoin blockchain, for instance, holds the data about a transaction. Such as the sender, receiver, and amounts of coins. A block also consists of a hash. This help in classifying a block and all of its content and is always unique just like a fingerprint. Once a block is devised, its hash is then calculated. Editing something inside the block will prompt the hash to change.

So, in other words, hashes are very valuable when you want to detect the mutations in a block. If the fingerprint of the block changes, its no longer the same block. The third component in the block is the hash of the previous block. This efficiently helps in creating a chain of blocks and the technique is what we have been referring to is blockchain.

The blockchain is now an interesting new alternative to conventional currency exchange, centralized banking, and transaction systems that are not only changing the way we handle financial affairs but also is an alternative option that will change the world.

Blockchain technology can be applied in the banking system to give access to financial services of billions of people across the world including those in third world countries who don’t have access to regular banking. Technology as in the Bitcoin can be used for sending currency across any number of borders at the cheapest transactional fees.

2. Digital Transformation
Currently, digital advertising is developed on a model where a central middleman in the form of popular media sites (like Facebook and Google), facilitate the advertising buying and selling process. Blockchain can disrupt this model by enabling advertisers to buy and sell to the user directly. Thus, reducing significantly on advertising cost.

3. Cybersecurity
The data in the blocks of the chain is verified and encrypted using advanced cryptography. This way the data is less prone to being hacked or changed without authorization. Hence, no matter how public the data are in the blocks, the information is always secured.

4. Supply chain management
Blockchain technology transactions can be documented in a permanent decentralized record and monitored securely and transparently. This can greatly reduce time delays and human mistakes. It can also be utilized to control various other factors like cost, labor and more. The technology can also be used for determining the authenticity or fair-trade status of products by tracking them from their origin.

5. Forecasting
The blockchain is set to rearrange the entire approach to research consulting analysis and forecasting. Online platforms are looking to produce global decentralized prediction markets with the technology.

6. Networking & IoT
Create a centralized network of IoT devices operating on the public ledger for a large number of devices. This would eliminate the need for a central location to handle communications between the multiple devices.

7. Insurance
The global insurance market is standing strong on trust management. The blockchain is the new system of handling trust and can be used to test many types of data in insurance contracts like the insured person’s identity.

If your industry deals with data or transaction of any kind, it’s like the area that can be disrupted by blockchain technology. This space is wide open, and the opportunities are many.