Java vs. Kotlin: Which is the Better Option for Android App Development 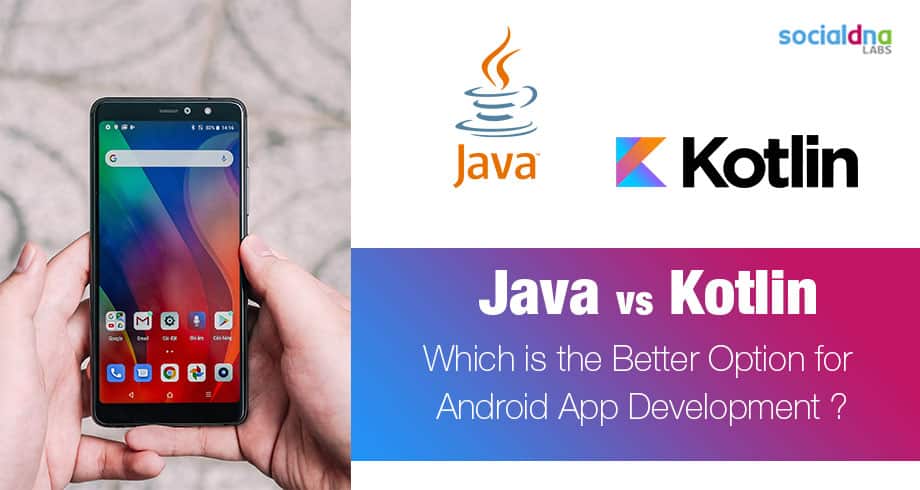 Java vs. Kotlin: Which is the Better Option for Android App Development

A developer knows that to develop an android app, the process is a lengthy one and has different levels. Each level has different components and complexity. The common factor that the levels have is the base or the platform on which the app is being developed. For any android app development service, the environment provided is, of course, Android itself. Now when it comes to choosing between Java and Kotlin, the better option for android development, Java undeniably gets an upper hand for most cases because Android itself is based on Java. Kotlin being the relatively new competitor nonetheless offers too many lucrative choices for android application development as well. Thus, for availing any android app development service, one needs to narrow down to one choice which is either Java or Kotlin. To choose the better among the best let’s discuss in depth about the two options.

Java has been ideally the base on which android apps have developed for all these years. Java, an object-oriented programming language, provides developers with several open source tools. Java has been the core of android app development service for over 22 years.

Kotlin cannot boast of a glorious history but it has achieved a good reputation in the field of android app development service in the last two years since its operation. Kotlin can be seen as a new age Java platform which has the following advantages over original Java:

As mentioned earlier, Kotlin is the advanced age Java, the codes for Kotlin are much simplified. This helps developer a great deal. The length of the codes reduces by a significant size and consequently saves time and space. The efficiency is higher and the developers can get more creative with the time they save. Thus android app development service is encouraging the use of Kotlin as it relatively proves to be a more economical choice.

As Java has been the tool for android application development service for more than two decades, it is not possible to completely irradiate Java in a jiffy. To keep Java on the bay, Kotlin allows code interchanging. This means that a code written in Kotlin can be interchanged to suit a Java platform.

With Kotlin being an advanced, more efficient and reliable base for android application development service, more and more companies are opting for Kotlin. Since its origin in 2017, Kotlin has marked its territory in the field of Android, with Google having a great impact in its evolution in the last two years. The success rate of Kotlin promises a brighter future for the language.

From a developer’s point of view, Java will always be considered as the core of Android. But whether or not it is the only means through which android app development service will sustain is questionable. With the rapid acceptance of Kotlin, Java might soon be a replaceable option in the world of Android. Nonetheless, as a developer, one must know Java. It does have the building blocks of Kotlin.